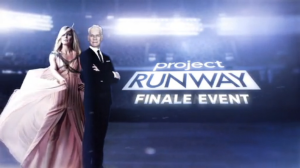 This season of Project Runway was as much of a challenge for me as it was for the contestants with the team format, and after watching all season, I’m not a fan. Ok, maybe not as much of a challenge for me since I still tuned in every week. I just can’t quit Heidi Klum and Tim Gunn. We are finally down to the final three, and I have to say that except for Stanley Hudson, the other two finalists, Patricia Michaels and Michelle Lesniak Franklin were not on my finale list initially. Daniel Esquivel, who was eliminated in part 1 of season 11’s finale was actually an early favorite of mine, but Michelle’s second chance was his undoing.

I can’t stand Michelle’s funky attitude, but I LOVE her clothes, which is more important than winning a personality contest. I would wear her clothes all day, every day if someone else was designing them. I’m one of those people that if I don’t like you, I reject everything that comes with you. Donald Trump is a perfect example; He has been a monumental Ass for quite some time, and as much as I love The Apprentice and Celebrity Apprentice, I had to let them go because I can’t support the notions of an idiot. The same goes for Kanye West and his Taylor Swift stunt. I have to make do with Late Registration (which I love), and not buy any more of his music because too much money, and adoration has blinded his ability to respect others and celebrate their success without it becoming all about him and what he thinks. 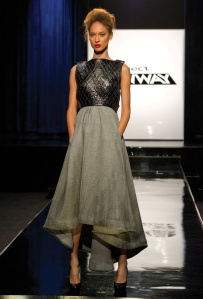 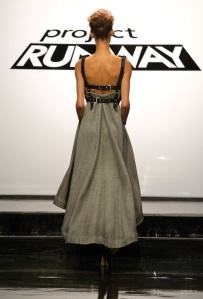 Fun Fact: Michelle’s model is Lisa Jackson from America’s Next Top Model Cycle 9, one of my favorites and certainly one of the most beautiful models to grace either runway.

I was completely through with her when she was wallowing in self pity because the others got to jet off to European fashion capitals, and she had to stay in New York. Her field trip around the city rejuvenated her spirit, but that was replaced with animosity because the others had the audacity to come back from their trips happy and excited. No appreciation whatsoever for getting a second chance, just sour grapes. If that wasn’t a turn off, the constant cattiness and rejection of support from the others certainly was. Nevertheless, I loved the dress she made for that challenge and I would wear that with or without the quilted breast plate, with or without the smudged hem. I like a bit of edginess. What can I say?

Sorry, I digress… Where was I?

Patricia Michaels, 46, Taos, NM, representing Native Americans in a way that is not often seen. What she brings to the table is her unexpected and innovative textiles, not to mention her out-of-the-box creativity. After the third episode, I knew she was special and I looked forward to seeing what she produced every week. However, her three collection preview pieces has me worried. She is all over the place, and it shows. Zach Posen was so adorable with his critique of her collection and while Heidi and Nina Garcia were being “mean girls” and comparing her outfits to Dr. Suess (because of one of her headpieces) he cushioned the blows with appreciation for the head pieces as well as her creativity. Patricia has never won a challenge and usually, the judges take that into consideration when choosing the final three, but I believe her textiles and creativity had them hooked despite the fact that she teeters on the line of being crafty. 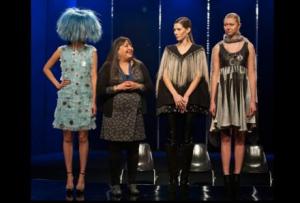 Michelle Lesniak Franklin, 34, Portland, OR, is the youngest and moodiest of the contestants. We already know what I think of her so let’s get down to business. First look, hated it! Second look, I loved the olive green pop of color and how unusual that dress was. The last look that she showed was a hardware laden jacket that could accommodate several bags, and I liked it, the judges weren’t as excited. She got an earful for having too much hardware, but I am one of those women who would be carrying all of those bags so I can see the value. The judges were not happy with her styling either; the hair was messed up, bland makeup, but I got it – Lone wolf separated from her pack. I got it, the judges didn’t. 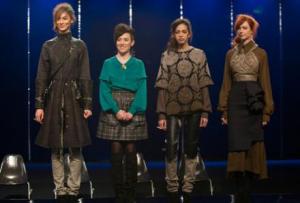 Stanley Hudson, 44, West Hollywood CA, quiet, contained, bossy. I have always liked Stanley, he reminds me of my brother Mark but the judges thought his  collection was matronly. I liked the zipper in the back of his dress, I thought it was sexy, but Zach called it dated. Tim told him that his collection was not sexy or modern enough. I thought it represented classy, understated sexiness. I would wear Stanley’s clothes. As much as I like an edge, I also like sophistication. I live in Colorado, I want to be covered up. It’s cold here in the Rockies. The judges didn’t like anyone’s styling because the made fun of his as well. 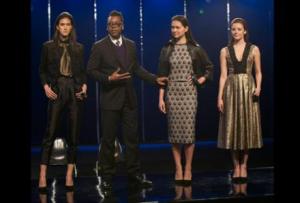 Michael Kors finally makes an appearance for the season 11 finale and it won’t be long before we find out who is going to get a 2013 Lexus GS 350, a spread in Marie Claire, a technology suite worth $50,000 from HP and Intel, and the opportunity to design an exclusive collection for Lord & Taylor. I won’t even make a prediction as to who the winner will be until I see the finale fashion show that was taped during the 2013 Mercedes Benz Fashion Week in New York.

I created StylEnigma in 2014 to celebrate the beauty of individuality and creative personal expression/presentation. I love the idea of being a canvas and expressing myself by transforming into the embodiment of my mood - to the mood I want to be in. I am fascinated by different standards of beauty and style and fashion incorporates instinctively incorporates both. I use writing as a form of continued education. I've never been into cliques or trends because I've always believed that personal style supersedes trends, I've never been a follower or stressed about being liked, and what I'm thinking usually escapes my lips before I can stop it. I love dark colors like black and midnight blue. I own so much black clothing it looks like I'm in a perpetual state of mourning - and I probably am. I love nail art. In fact, I started this blog because of a Nailasaurus nail art post, and before that, I owned a nail and skincare salon, so there will be a LOT of nail art. As a lupus patient who has been riding this global crisis solo, I have acquired a vicious plant habit and currently have approximately 95, including propagations. I frequently critique nonsense, ponder the human condition, dodge the bullets and jump over the obstacles placed before me all while learning how to make ADHD work for me because at the moment, it isn't. I am also learning how to create alternative forms of content and maintain my sanity because life frequently tests it. This will be fun. Let's do this! View all posts by StylEnigma