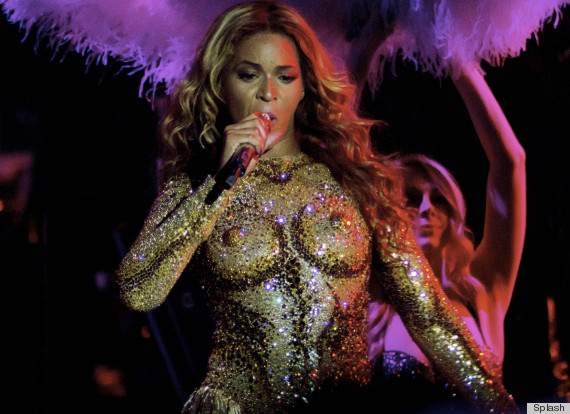 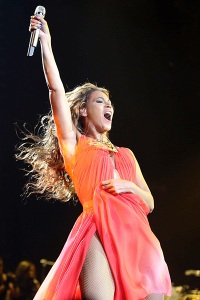 This is her show, and she won’t let us go. Beyoncé kicked off the “Mrs Carter Show World Tour” yesterday at the Kombank Arena in Belgrade, Serbia, and all anyone can talk about is the costumes, especially the gold “nipple” bodysuit by The Blonds, which was hand embroidered with Swarovski crystals and took over 600 hours to make. Earlier reports credited Julien Macdonald for the naughty outfit, but the Blonds have stepped forward to shut down that rumor. 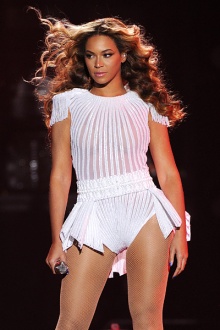 Yesterday, I mentioned that DSquared2 was on board with costume design, but through the gallery at InStyle, I discovered Emilio Pucci, Ralph & Russo, and Stuart Weitzman were also on board. I really liked the Grecian inspired costume by DSquared2 and Julian MacDonald. The gold accessories, especially the custom-made gold Weitzman shoes, really bring the coral color to life. And while I am not a fan of the peplum trend, I really liked the pearl and crystal details on the white bodysuit by Ralph & Russo.

Let’s get on with it! InStyle’s Mrs. Carter Show Tour Costumes Gallery: