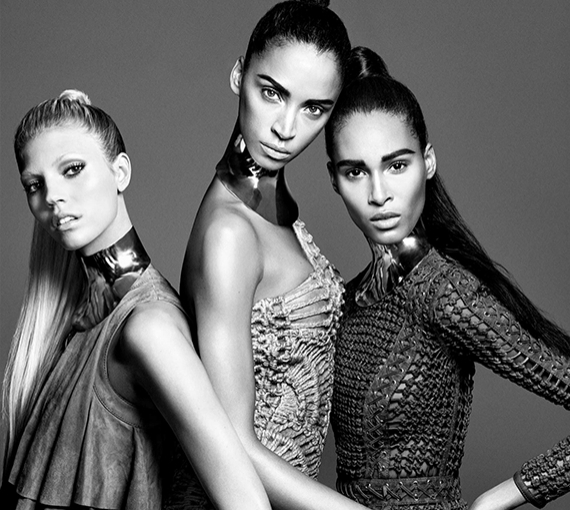 It was during Paris Fashion Week that the I discovered Balmain was into hair. Should I feel stupid for not knowing the French fashion brand extended to a hair care line? This revelation came just yesterday while reading an article on Business of Fashion about Balmain’s new custom wig venture – an extension of the already existing Balmain Hair Couture line. During Paris Fashion Week, Kendall Jenner and Gigi Hadi seemingly swapped hair colors at the Balmain Fall 2016 RTW show and of course, everybody went nuts because those two can’t cut their nails without it becoming breaking news. Sorry (not sorry), I’m just so sick of those two. Anyway…

According to the piece, that was an introduction of sorts to Balmain Hair, a custom-made wig and hair extensions service. The intended fuss about the hair color swap got tails wagging about the orientation of the wigs the chosen were wearing , expansion news, and the admittance that the hair care line is largely unknown. Now, I don’t feel so stupid.

Alessandra Ambrosio, a favorite Balmain runway model is shown with her natural hair color in the Pre-spring 2016 show, and again wearing a Balmain custom-made wig in the Fall 2016 show at PFW 2016. Joan Smalls, Rose Huntington-Whitely, and Lily Donaldson were among the models walking with one of those coveted pieces.

Balmain Hair Couture brand isn’t new if you are heavily immersed in the beauty scene or in Europe – it’s been around for 40-years slowly making its way into high-end salons and fancy-schmancy fashion sites. Currently, the Balmain Hair repertoire consists of extensions, styling products, styling tools, and now custom-made wigs. You’ll have to do some jet-setting if you want one of those custom-made, 100 percent human hair wigs. The Balmain Hair wigs are only made at their location in the Paris at 13, rue Royal which is headed by Nabil Harlow a “master hair designer.” Yeah, you’re going to need super model money in order to afford one. 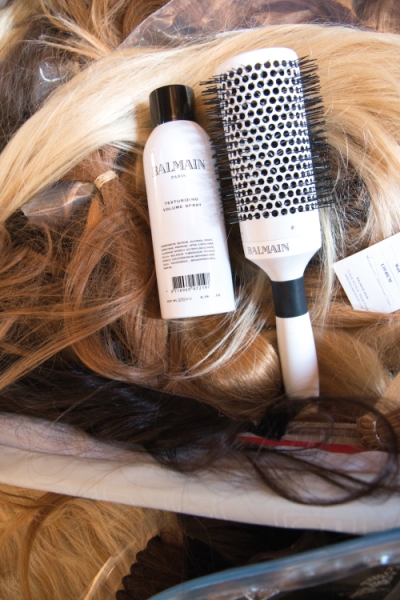 However, if you want their Argan Moisturizing Elixir ($43), or instant extensions ($390), that’s available online, although the company encourages you to seek a professional for extension installation. For professionals, there are classes to teach you how to install their products. I’ve watched some of their tutorials, it looks very involved. There are 5,000 hair salons worldwide (300 in the US) that carry Balmain Hair, and “Prestige Salon”  has been created to place their products in exclusive style focused salons.

Balmain joins the likes of  Wendy Williams, Jessica Simpson, practically the entire cast of RHOA, and Beverly Johnson – who have been on the hair extension/wig train for quite some time. Balmain has stepped up as a response to the apparent explosion of couture wig and hair extensions. Well, when everybody is trying to be Beyoncé, that’s gonna happen, and Bey ain’t wearing Sally Beauty Supply hair.

Is there a spell that compels tweed to magically mold into fantastic pieces for the Chanel brand? If you’re wondering like I am how something so seemingly conservative and male-oriented as tweed continually come to life so fresh and completely feminine year after year? I am still stunned at how Karl Lagerfeld has managed to keep the essence of Gabrielle Chanel’s revolutionary style while keeping each collection fashion forward and full of surprises.

Pearls, chain, and tweed still reign but as newborns. The sleeveless tweed jackets that were adorned with drops of pearl made me daydream. Speaking of pearls, did you check out the humongous pearl chokers and bracelets? I can’t decide if I like them or not but isn’t that the idea, to confuse and provoke thought?

I would encourage anyone to look at the video as well as the slide show. It’s worth it to really see the detail and artistry in this collection. I’m not usually as ga-ga over the clothes as much as I am over Chanel accessories, but this one had me from the start. The way the Tweed was treated, and the use of color struck me from an artistic perspective. It was simply fashionable art. I don’t think either can exist without the other.

Even the makeup looked like strokes of paint on canvas, and because the Grand Palais was plastered with paintings and sculptures to resemble an art gallery, the art of fashion message was clearly intentional. There are so many outfits I want I can’t stand it.

Sorry sweetie, that print looks better on the handbag, but you’re still pretty!

Ok, seeing an actual Chanel Show in Paris is going on my bucket list. 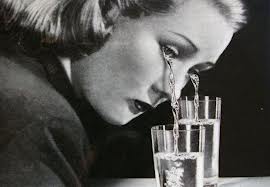 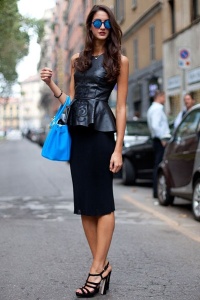 I must apologize for such a long absence. While I was fighting an infection, I was informed that my right wrist has to be replaced, so I have been a bit of a wreck for about two weeks. While I was using all of my mental strength and energy getting better, I completely missed New York Fashion Week. None of my brilliant blog ideas saw the light of day. The bright side is I got some voice recognition practice in as a result of the wrist problems. Yeah me!

I can’t wait to catch up on my writing assignments for Daily Glow and give some TLC to StylEnigma’s blog and Facebook page, both of which I am falling more in love with everyday.

I may have missed New York Fashion Week and  London Fashion Week, but  Milan Fashion Week shows are February 20 – 26, and Paris Fashion Week starts February 26 – March 6. So many exciting shows and I wasn’t invited to any of them. If I had to pick which show I could attend it would be London FW. I have visited England many times because my ex-husband is I mean English. I absolutely love that country, especially the fashion.

Some of the looks shown for Milan Fashion Week 2013. 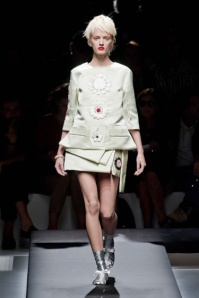 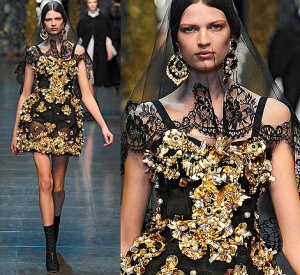 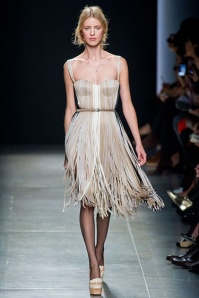 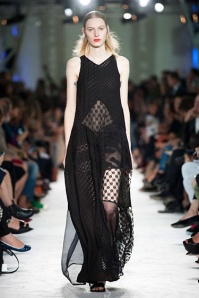